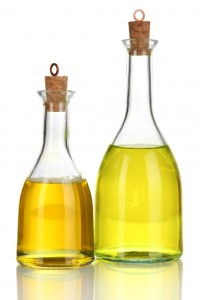 Today I receive an email with the subject line “The Worst Cooking Oil” and while I am curious as to what it might be – I am not that interested. I know this is a marketing technique to get me to open the email and probably give them my email address to get the answer. Furthermore, I will probably read something riddled with faux facts and then I will just be mad.  So I didn’t bother. Instead – what about the best? Don’t you all want to know what the best cooking oil is?

Let me say that I am not anti-fat especially natural fats so you will not hear me bashing butter, coconut oil or even lard. If people understood the fatty acid composition of most fats and oil, they would know it is not a simple matter of labeling one natural fat bad and another good. Lard is a great example (especially if it is from organic pigs). It is a 41% saturated fat, 12% polyunsaturated and a whopping  47% monounsaturated fat – the “good” fat. It also absorbs less fat into the food than other fats such as olive oil and coconut oil.  And as a European-trained pastry chef, who worked in my bakery, once told me, it is the best fat for frying doughnuts as a millions of Crispy Creme doughnut-eaters can attest even if the lard they use is not the good lard.

Unfortunately, we cannot get real lard easily anymore – you would need to go to a butcher and get rendered lard, if they have it or get the lard and render it yourself (don’t ask, I do not know how). The lard you find in the grocery store has been mixed with hydrogenated fat so avoid it at all costs and therefore, I am not picking lard as the best.

I frequently cook with butter and olive oil both separately and together. Butter gives great flavour but the residual milk solids in the butter can burn at high temperatures or if the cooking process takes too long. Olive oil, with it’s amazing olive taste, if it is virgin olive oil, has a low smoke point temperature. What is a smoke point? It is the temperature at which an oil starts to smoke making it more prone to rancidity if cooked at that temperature. It can also smoke if the cooking process takes too long. Refined olive oil, if it has been refined using hexane, will have a higher smoke point but will also have hexane residue in the oil which is toxic and does not taste good. 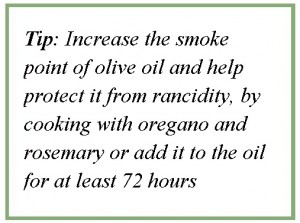 Mixing butter and olive oil together is a solution in some circumstances as the saturated fat in the butter protects the olive oil and the olive oil helps prevent the butter from burning. However, that is two oils together so I am not picking these either.

I am also not picking canola oil. It is hard to find one that is non-GMO and it is also refined with no information as to what process is used. Cold pressed organic canola oil will not have either of these issues but have you tasted it? It has an after taste that is unpleasant. I am definitely not picking canola.

High-oleic sunflower oil has a higher smoke point than regular sunflower oil. Sunflower oil is also refined and it is hard to find out what process is used – consumers are not asking so companies re not telling. Cold-press sunflower oil is an option but it has a very heavy sunflower seed taste so I am not picking this either.

What is high-oleic sunflower oil? It is oil pressed from sunflower seeds grown in climates that see higher temperatures than more moderate climates like Canada and therefore, the seeds develops more monounsaturated oleic acid and less polyunsaturated  (Omega 6) linoleic acid. Polyunsaturated is much more prone to rancidity than monounsaturated when exposed to heat. This is nature’s way to protect the seed while it is growing on as a plant and developing the seeds in hotter climates.

The best oil has to be one that is clean tasting (with no after taste), does not absorb into the food like olive oil or coconut oil does and has a high smoke point and is beyond controversy from the anti-saturated fat police (even though they are behind the times and need to join the 21st century), making it an easy recommendation. My choice is rice bran oil but with a catch.

This is a refined oil but so are oils like grape seed oil. The actual concept of refining is not a bad thing. It has been done since the time of the Egyptians. In its simplest incarnation, oils can be refined through a series of filters to removed sediments and residue in the oils that make virgin oils more prone to rancidity. Today refining is done with big machines and as mentioned above, toxic hexane residue has been found in refined oils. That is the main knock against refined oils.

However, there is a refining process that uses a water aqueous solution process and is non-toxic. The brand that I buy from Heloi is made this way. My complaint – it is hard to find. It should be at your local health food store and it is distributed by Ecoideas but I have to look for it and go to the bigger stores. There is also rice bran oil for NOW but I cannot find anywhere where it states how it is refined. NOW is a pretty smart company and my gut tells me it may be but if it is not stated, I cannot claim it. It is interesting how much food and supplement companies lag behind the trends for consumer claims. Both brands stated that their oil is made from non-GMO rice sources but that is it. I have spoken with the people at Ecodieas so I know the Heloi is made from a water aqueous solution process.

Now please be aware, there is a huge push to grow the rice bran oil industry – even Dr Oz is promoting it as a way to lose weight, no less, due to the phytonutrient gamma oryzanol found in rice (and the oil). He does not discuss the oils as potential GMO or non GMO nor does he discuss refining methods. He just gives it to three viewers and asked them to cook with it – is that educational? He avoids the big questions.

Dr Oz does recommend buying cold-pressed but that is hard to find, although there is organic cold-pressed rice bran oil available on Amazon. The cold press version would not have the high smoke point of the refined but it is still good for sautéing. It will also have more pf the phytonutrients such as gamma oryzanol that helps lower cholesterol and plays a role in how the blood utilizes glucose, allowing it to burn more efficiently and may help prevent it from being converted to fat.

More importantly, rice bran oil does not absorb into the food like olive oil and coconut oil can, absorbing about 20% less and this means less calories. Heloi is available in glass bottles.

So for now that is my choice for the best. I am sure something else will come along or I will change my  mind – who knows but rather than talking about the “worst” let’s focus on the positive and highlight the good in all natural fats and oils.