Is Sourdough The Healthiest Choice For Bread 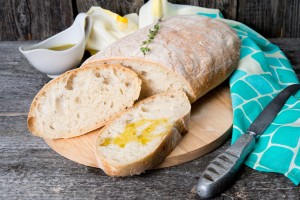 My summer pleasure has been creating delicious sourdough goodies. I know, baking in the summer is a little strange but let’s face it, this has not been a very hot summer and I do have good air conditioning. What has turned me onto this, is the research on the benefits of sourdough, which is quite surprising and  makes it the healthiest choice for bread and grain consumption.

Now don’t panic, I am not suggesting you all become sourdough bakers to get these benefits. You don’t have to. Thanks to amazing artisan bakers, who have maintained the tradition of sourdough, you can buy the delicious bread easily.

So why should you?

Fermentation creates prebiotic substances from the starches in the flour to aid gut health so sourdough is a great food for feeding the good bacteria. I should mention that this is sourdough made with white flour as that is what they do the research with. The fermentation process also makes nutrients more available, as it does with all fermented foods. However, the process of sourdough also adds B-vitamins that were not there before the fermentation occurred.

This makes sense since sourdough is a combination of good bacteria and yeast, 100 times more good bacteria than yeast as it happens, but wild yeast strains are definitely present since this is what makes the bread rise to give it an amazing, light-texture. And yeast is a great source of b-vitamins.

The acid nature, the “sour” of sourdough, aids in pre-digestion of the protein molecules in the grain especially the gliadin in gluten, as protease enzymes prefer an acid ph for optimal function. As a matter of fact, researchers are studying sourdough for consumption by celiacs.

The gluten must completely degraded in order for a celiac to tolerate it, and this would make it quite sour tasting. Some experiments involved using fully-degraded sourdough mixed with fresh gluten-free grains added after fermentation to lessen the sour taste and these breads were also suitable for celiacs.

But probably the most amazing research comes from the University of Guelph. Researchers took four samples of bread: regular white flour bread, whole wheat bread, whole wheat with barley bread and white flour sourdough bread. The participants in this study were all between the ages of 50 to 60 and were all overweight. They were fed the breads at breakfast and then again at lunch.

Now this does not mean that all whole wheat bread would have this result. Researchers stated that the whole wheat flour that was used in the study was milled using the same process as white flour and this is not how whole wheat is generally milled.

The next step for researchers was to create a whole wheat sourdough which they were already testing at the time of the news release announcing the results of this study. Since this study was done in 2008, hopefully they have some results. I have email them and when I get an answer I will let you know.

In the meantime, find the bakers in your area who are making sourdough bread. This is a delicious adventure for you to embark and it a great one for the summer since your do not have to turn on the oven to do this. A quick google search of “sourdough” and the name of the city or town where you live could make it easier to find someone local.

And if you cannot find a source in your area, you can order it online and have it shipped to you. Yes, we are in the age of the internet and here is one more reason why it is so convenient.  Again, google “sourdough” and the country you live in to makes sure they deliver in your area.

When you do find a source, cut yourself a slice, drizzle it with some virgin olive oil or cultured butter and serve it with fresh, garden tomato slices (or farmer’s market tomatoes if you do not have a garden). This is true summer eating. Enjoy!