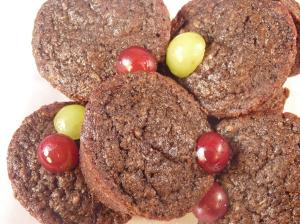 Last Saturday I was running around at an event, worrying about online attendees while continuing to move things forward for the attendees in the room. To say this was a stressful day is an understatement but while I was tired and stressed, I was not freaking out. The energy in the room was extremely positive and people were enjoying the day and that kept me calm. It has not always been this way with events that I have planned – they have all had their good moments but some fell far short in providing what I would call a successful outcome. This event, however, was the one of the best experiences I have had in hosting events.

Today I was listening to a video from Kristen Howe and she as talking about what she called “poisoned perceptions” which is just a new way of describing negative thoughts and their role in negative outcomes we may experience. This is not new but it struck me today because I had just had an example of something positive that I had experienced and I could compare it to negative experiences in the past.

This type of thinking causes you to repeat the lack-focused thinking and actions. Call it an energetic mismatch for achieving your desired outcome. Essentially you become a negative proof-based magnet for failure.

I have heard this all before. I am sure you all have heard this, too.  The answer, as I am also sure you have heard, is to change your thought patterns and beliefs. What struck me about this in the past is that when you feel down, when you are feeling insecure about the challenges you have created for yourself or when you are just feeling fearful – how do you possibly feel positive and create new patterns of thinking? We are creatures of habit and we know what we know. So if we have not had the experience of the positive outcome – how do we change our thoughts?

The answer for me came in two forms. The first was finding the energy to do things that are a risk. Instead of doing something big, I chose tasks that were small. The best way to build confidence is to succeed and a small task that you know you can handle, is the best way to do this. All the small tasks were ones that could lead to achieving bigger goals but instead being overwhelmed by the size of the big goals, I focused on what I could do to gradually move toward achieving a big goal.

Gradually I learned to increase the size of the task or the nature of the task. I would ask myself (and you should, too): Can I handle this and am I okay if it does not succeed? As long as the answer is yes to both questions, you can proceed. If you feel the failure is no big deal – then you have nothing to fear and if the control of the task is yours, then you also have no fear that someone else will mess things up for you. Remember that failing at the little takes does not mean you have failed at the big goal. It is just a piece of the plan and clearly not the right one.

The second element that was helpful for me was letting go of the past. I wrote about this is the summer in a blog post titled Today I Start At Zero. After I wrote this, all summer long and as old thought patterns would creep into my mind, I just kept saying to myself “today I start at zero”. Let me tell you, there many days where I was starting at zero again.  Now depending on your life experience, you may need more help than this to let go of the past and seeking professional help, if necessary, is also highly recommended. Do whatever it takes. The past is done and you cannot change it so only today and tomorrow should have your focus.

All I can tell you is how it feels when you take on a task and all the negative talk in the head is gone. I planned the event I described above starting in June. I conceive it to help promote the CAHN-Pro trainings which we are also about to re-launch in the fall. So the event featured all the teachers. I considered the size. I decided to keep it small at 100 people plus online attendees. I considered the financial costs and what was needed, the food, the rentals and the promotion. And I asked myself if I could do it by myself. The answer was yes. I did not do it all by myself but my confidence came from knowing I could if I had to and I would not feel overwhelmed. Again, this is what worked for me.

As I replayed the plans in my head over the course of the summer to make sure I had not missed anything, I felt no fear and could not come up with any flaws in the plan. I was relaxed and enjoying each step of the process. Would it be perfect? No – nothing ever is. But I was not looking for perfect – I was looking for successful and success does not have to be perfect. The important part was that I felt calm with no fear.

So think about this as you are contemplating your life and what it will take to achieve your goals. What is your mind-set? Do you engage in negative self-talk and what can you do about it. Don’t try to take on too much and keep the tasks small to build your confidence.

And one final note. As part of my plan to do everything, I decided that I would make some muffins for the vegans who would be in attendance and the dips for the veggies we were planning as snacks. I had already decided to use the muffins from the bakery where I work for everyone else since they were made from my recipe. I know – what a control freak but I am fussy when it comes to baking. It was a major step for me to go with the ones from the bakery instead of baking them all myself. However, as sometimes happens. plans do go awry.

Everything was going well for all plans until the Tuesday before the event. Information that was to be sent to me to finish several tasks, was delayed. It set in motion a six hour delay for everything that could not be re-captured. So, at 8:00 pm the night before, as I was returning three hours later than planned from setting up the venue, I made the decision to buy the dips and look for a suitable vegan option at the grocery store. And that is exactly what I did, although the vegan muffin became a vegan cookie. And this is what I mean by “not perfect but successful” Perfect would be that I baked the muffins whereas successful means having a baked snack for those who are vegan.

So since I could not bake the vegan muffins, I will instead post the recipe: Gluten-Free Cranberry Superfood Muffins . This is a tried and true recipe that has been served at many events and is always well-received. Enjoy!