Are You Buying Fermented Cod Liver Oil? You May Want To Read This

A controversy has exploded as a result of a 111-page report written by Kaayla Daniel, MD,  a Weston A Price Foundation board member. She had requested that WAPF test the fermented cod liver oil product (FLCO) from Green Pastures after concerned about it and how it is produced started to surface. When WAPF declined to test it, she paid to do the tests herself, which seems like a lot of trouble to go to for a bottle of cod liver oil. However, since WAPF is endorsing this product as the only way to ingest cod liver oil and so are other sources, it would be great to know how it is made since no one really knows.

Some of the key points she raises:

Now I am not sure about the process to make any comments about what she has found by testing it (which she did with 5 different labs) or the rebuttal from the company’s owner. Both can be found at the bottom of this post and I have a few comments which may be helpful.

I purchased my first bottle of FCLO about two months ago as part of my investigation as to what it was all about. It was prompted by a student who had heard someone from Nordic Naturals state that the product contains cellulose, which is fibre. I cannot find out anything about this but they do have capsules of the oil and these are made from cellulose so maybe that was what was being referenced.

The texture of it is weird. It is thick and sludgie. How does a polyunsaturated oil become solid? It looks to me like what happens when fibre is added to oil. It thickens but oil seeps out, which is what you find in the bottle. This could explain the fermentation process since fiber can feed good bacteria. However, no one is talking about this in all this controversy so I have no real information about this – just an observation based on what I know about fermentation, fat and fiber.

Fermenting of fat does exist. For example the Sudanese ferment the layer of fat surrounding the intestines of animals to create a product. But this type of fermentation is not lactic acid fermentation which is an anaerobic process, meaning without oxygen. The fat is hung to dry and fermented with the key word being “dry” making it more like “curing”, a process that is used to preserve meat and fat that has been used for generations in many cultures and this is what is used for “fermented forms of meat and fish (which includes fat).

My last concern is more of a question. Why is there only one manufacturer of this product? In the health food world, when something jumps into the marketplace and is heralded as the new “wonderful”, it takes very little time for other competitors to appear. This product has been around since 2002. If this FCLO is based on traditional techniques, others would easily produce it as well and no one does.

On the plus side, I do not think it is rancid as my intestines hates rancid oil and I did not have a reaction to it. It is disgusting as you might expect it to be as a fermented fish product or just a fish product would taste and the peppermint version I bought tastes like “peppermint disgusting” but does not mean anything necessarily.

I do have a concern that it is sharp on throat when it goes down and I am probably not going to buy it again as I did not experience any significant benefit from it.

Right now there are a lot of parents concerned as to what they might be feeding their children due to the controversy. I do not think that the product is all that it claims to be based on what I know about fermentation but I am not convinced that it is causing any harm. That being said, some people report having a negative experience with the product and other report an amazing benefit. This is normal with many products. I would just like the FDA or Health Canada to weigh in on this. If the product had an NPN number from Health Canada, it would have had to demonstrate the safety of it products. However, it is probably being assessed as a food and not as the supplement it is. 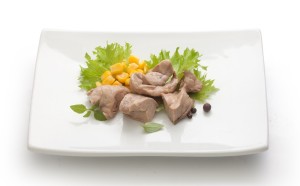 What is troubling to be in reading various blogs, is that many are making personal attacks on both Dr Daniels and Dave Wetzel and there seems to be some politics at play within the WAPF. I have no use for this – I just want credible information. This also means that no one who is writing about this knows what they are talking about which tells me, we won’t get any clear answer.  I do think it is important that people be aware of the ongoing controversy so they can decide for themselves so I am presenting both sides.

And maybe the lesson here is that we should be getting our omega 3 from food.