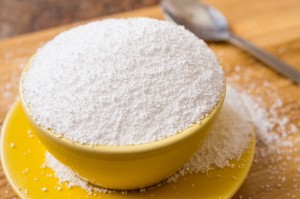 When an advocacy group in the US asks the FDA to stop Coca Cola Co. and PepsiCo from using the term “diet” on products that have zero calories, one has to be curious as to what’s up? This is exactly what the advocacy group, US Right to Know, is doing.

Why? Thanks to several studies that show that artificial sweeteners do not aid weight loss, they feel the word “diet” on the soft drink brands is misleading and deceptive.

Most people turn to artificially sweetened beverages in the misguided attempt to eat their cake and have it to. They believe this allows them to continue to enjoy their pop without the negative aspects of all the refined sugar calories that regular pop contains.

Several studies have raised the issue with the artificial sweet taste is confusing the brain. Sweet tastes in food send a signal to our brains that we have received energy in the form of carbohydrates. So drinking or eating food with artificial sweeteners that contain no calories of energy, messes with the metabolic process of the body.

The brain thinks the carbohydrates are there but they aren’t.

Normally if we do not consume carbohydrates, our bodies will convert stored fat to glucose. Unfortunately, the sweet taste tells the brain not to do this as it thinks the glucose is present. This is one reason that artificial sweeteners are being linked to obesity.

If you can’t convert your fat stores or “burn fat”, you will have trouble losing weight or even maintaining your weight.

Another factor is that, as far as the neurology of the body is concerned, continually consuming “sweet” even artificially, maintains the body’s desire for something sweet and sugar cravings continue to occur and may encourage overconsumption of other foods, including high-calorie ones. Our bodies get accustom to the tastes we consume regularly.

From an obesity perspective, one study looked at 749 older adults and directly compared their consumption of artificial beverages and changes to their waist circumference. The researchers found that as the participants drank more diet pop, they gained more weight around the middle.

Unfortunately that is not the biggest issue. New research shows that non-caloric, artificial sweeteners alter our gut bacteria. Nooooooo! Haven’t we done enough to these poor little organisms that are so helpful to us?

A 2014 Israeli study of mice found that, not only did the non-caloric artificial sweeteners cause dysbiosis (lack of good bacteria), they also caused the mice to develop glucose intolerance, a key factor in developing Type II Diabetes. The researchers are also conducting human studies and finding similar results.

Do you know that that one of the most common instructions given to diabetics is to switch from using sugar to non-caloric, artificial sweeteners?  I wonder if there will be a lawsuit in the future for this government-sanctioned recommendation when the link to possible diabetes is further confirmed.

The good news is that fortunately, people do not just consume artificially-sweetened pop. Or do they?

Well, most don’t. Some of their food will hopefully contain prebiotics which can help negate the effects of the artificial sweeteners on the good bacteria and maybe they even consume some good quality fermented foods, too

What about stevia? There is no research on it yet or at least that I can find. We do not know if the issue with fat metabolism occurs in all sweet non-caloric substances, including  natural ones like stevia or if it is just the artificial sweeteners that have this effect.

Now may be the time, if you have been consuming artificially-sweetened drinks and food, to stop. And don’t forget that sugar-free chewing gum often contains these same substances.

If you know someone who is also consuming a lot of artificial sweeteners, especially for weight loss or to prevent weight gain, you might want to pass along this information.

Follow-Up Note: Pepsico has just announced they are removing aspartame from all their diet pop and replacing it with a combination of sucralose and acesulfame potassium. This is in the US only, not Canada. This may be an attempt to boost sales as Americans are moving away for pop and purchasing more teas and energy drinks.

But once again, Pepsi cannot see the forest for the trees. All they have to do is read the research. Studies have shown that acesulfame potassium increases insulin, which is exactly what we need to avoid, in order to prevent the development of Type II Diabetes. Sucralose raises blood sugar and insulin.

It is unfortunate that the motive for removing the aspartame is not that they now feel it is bad for us. They are removing it because the public feels that way. In other words, as long as sucralose and acesulfame potassium are not perceived negatively by the public, it is okay to use. It does not matter what the research may say.