My Firsthand Experience In The Emergency Room

I had a mishap last week – tripped on my own shoe and manage to hit my face on a concrete step when I fell. The irony was that it happened as I arrive at the photographers to get new photos of myself. And that was my first thought, after I fell, “Can I still get my picture taken”? After I was put in the ambulance, I figured out it was not going to happen.

So I set off on a journey of going through the medical system as an “accident” victim and got to see first hand how well it worked. I spent 6 hours in the emergency department of the hospital and if they had had their way, I would have been admitted and stayed overnight. No stone was being left unturned. I received every test, blood was drawn, drugs were dispensed, and they were really generous with tissue, gauze and icepacks. I needed the tissue and gauze because I drooled – I could not close my mouth.

Have you even wondered if you had a brain tumour that you might not know about? Well, I have and thanks to the CT scan I was given, I now know I do not have a tumour. This made the experience a total plus in my books

All-in-all, I was quite impressed with the treatment I received. They even fast-tracked me so I could get out sooner (until they decided to they wanted to keep me) Mind you, if 6 hours is the fast track, I would hate to be on the slow track.

I just have three issues with the whole experience:

First, I have to say, I was a little shocked that they wanted to keep me. The CT scan was clear. There were no bone fractures. Yes, my faced had swelled to the point where my left eye was closed but before all the swelling occurred, I was checked out by the paramedics who touched everything – my teeth, my face, my eye, my neck – no pain of any kind other than the area just below my cheek bone where I hit the step. I also had a cut on my lip that needed 5 stitches. 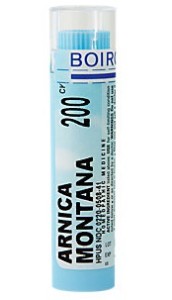 Why did they want to keep me? They were worried I might get de-hydrated so they wanted to hook me up to an IV. Why were they worried about that?

Because when I went to take the drugs they offered me, I spilled half the water in the little paper cup down the front of my shirt since I could not close my mouth.

So when they asked me if I had had anything to drink while I waited, I said no and then explained that I had trouble getting the water in the little paper cup in my mouth. I should have said that no one offered me any water, which was the real reason I had not had any water. If dehydration is such a concern, shouldn’t water be offered along with the tissues, the gauze, the drugs and the ice packs?

I also truly believe, that with a little practice, I could manage to get water into my mouth – they never gave me the chance.

So I am a bit flabbergasted that they would admit me into hospital and spend all those taxpayer dollars because I dribbled a little water on my shirt.

I declined their offer and went home. And since they were so concerned about me drinking water – I did master the task, open mouth and all, and drank plenty of water.

Another issue I had was that everyone kept asking me to rank my pain on a scale from 1-10. I must have answered it six times. I kept thinking every time they ask “What is the right answer?  If I answer too low -maybe they will not fast track me. If I answer too high, they will think I am a whiny baby.

So I said “7” This seems to be a good answer because it got me everything I wanted including a room to lie down in when I got tired. So if you are ever asked this question and you are not in agony – say “7”  Even when they gave me painkillers (acetaminophen and morphine), they asked me again, I still said “7 and then I said “maybe 6”. I felt I should show some improvement. That actually was not a lie – I could not really notice any difference with the drugs.

Third and this was my biggest frustration: All I wanted to do was go home and take arnica. I knew it would help. I was in a car accident in 2005 so this was not my first time at the rodeo. I knew it would speed healing and I wanted my Traumacare cream as I knew that would help, too. It is so frustrating to me that the conventional medical system knows nothing about it.

It took all my patience to sit there feeling my face swell knowing I could be doing something about it if I was not just sitting there.

So while I am very grateful for the help I received and was quite impressed how thorough they were, it is my hope and my dream that some day we will have a medical process that allows for both alternative and conventional to be available always, even in the emergency room, and people can have the best of both worlds that will truly help them heal faster.

My protocol in case you want to know:

I was going to post a picture but it is too gross. Just to let you know that my vision in my left eye returned by day 3. The swelling has reduced immensely but I have lots of bruising around both eyes and around my mouth and down my neck. I have one big hematoma to reduce on my cheek but I actually look somewhat like me now in just a week.