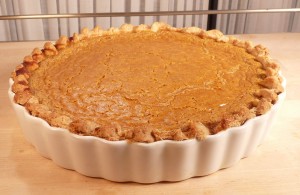 Every year, prior to Thanksgiving, I participate in practice pie weekend. I consider baking a pie the same as a musician considers a performance. Practice makes perfect. So despite the fact that I have been making pumpkin pie for Thanksgiving since I was a child, every year, I practice the pie for a couple of weekends before the big event. Why?

The main reason is, since I only make it once a year, I want to remind myself exactly how it behaves in my oven and exactly how the recipe tastes even though I have not deviated from the recipe and I make it the same way and with the same ingredients every year. And to be completely honest, I like pumpkin pie and once a year is just not enough for me so I am delighted to practice.

However, I also strongly believe that one should never become complacent about what one does, no matter what it is. Don’t settle for “okay”. Do your best work and for most of us, that requires practice. The more you practice, the more you learn and the deeper your knowledge becomes. You start to see nuances that you would miss otherwise. And there is an emotional joy that comes with the depth that is hard to explain but it makes the learning all the more worthwhile. More importantly, by developing this strategy, you will never fall victim to your own publicity. What do I mean by that?

I used to do food events for charity such as Toronto Taste and Feast of Fields. On many occasions, there were famous chefs also participating but sometimes, their offerings left me and others scratching our heads. Did they phone it in? Did they leave it to their staff to make? Did they think that, because they were who they were, that was all that mattered?

I was always shocked and pleased at how my desserts were received. Every event, every year, we had people coming back over and over, wolfing down our treats, sending over other people and declaring that it was the best at the event. It became a matter that anything less than this and I would have considered my offerings a failure.

And here is the point. I remember fussing over the preparations for one of these events and asking myself why I was working so hard on these treats. No one else was sourcing the quality of ingredients I chose (for example, all organic when organic was not that easy to find) and or was going to do the degree of fussing I did to fine tune the recipe. I even remember thinking that no one would even be jazzed like I was to find the ingredients or manage to make them work as they did without taking shortcuts. I thought, just for a second, that I should not be working so hard – no one cares.  And then I checked myself. I told myself “Never be complacent” as that is how someone goes for being really good to okay and if, they are still believing their own publicity, they will not even realize this until failure slaps them in the face.

Practice make perfect and complacency leads to failure. There is no better feeling than the confidence that comes from skill and depth of knowledge. So join me for practice pie weekend and practice your pumpkin pie so that your family comes back over and over for more pieces and they declare it was the best part of the meal.

Here is a tutorial for making pumpkin pie filling with all the options and below are two pastry recipes plus the pie filling recipe and baking instructions.

The recipes for both the traditional pastry and the gluten-free pastry use whole grains. If you want to use white flour or a 50/50 combo because it will be more acceptable to you and your family, giving all of you the treat you seek, then see my suggestions at the end 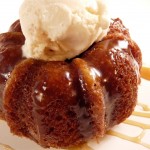 To serve the pie: Top with fresh whipping cream, your favourite ice cream or creme fraiche

Place the butter and/or coconut oil, flours, chia, and salt into a food processor and process until the butter is blended into the flour. Transfer to a bowl. Mix the egg or egg substitute, vinegar and water together and add to flour mixture. Mix and squeeze all ingredients together into a ball, being careful not to knead. Chill for one hour before rolling.

*For a lighter, whiter pie crust, use light spelt or unbleached, soft white wheat flour instead of the whole spelt or use unbleached, all-purpose flour in place of the kamut flour. Use organic flour whenever possible

1 egg or choice of egg replacer**

Place flours, sucanat, butter, coconut oil, salt and baking powder in a food processor and process until the mixture is the consistency of bread crumbs. Transfer to a bowl. Mix milk and egg together and add it to the flour mixture. Using clean hands, squish mixture through the fingers until it can be formed into a ball. Cover and chill in the refrigerator for 1 hour.

*For a lighter, whiter pie crust, use white rice flour.  If you cannot find whole bean flour, then fava bean or chickpea also work or use Bob’s Garbonzo and Fava Bean flour

* If you cannot find organic yellow brown sugar then use a half cup sucanat mixed with half cup evaporated can sugar also as raw sugar.

To cook the pumpkin: Cut the pumpkin in half and place both halves into a rectangular baking dish. Fill the baking dish with water about 1/3″ deep. Cover the pumpkins with either aluminum foil or a plate wider in diameter than the pumpkin. Bake for about one hour or until the insides are very soft. Remove from the oven and let cool. Scoop out the seeds. These can be rinsed off, sprinkled lightly with sea salt or herbs and roasted for a nice snack. Once the seeds have been removed, scoop out the pumpkin. Place two cups cooked pumpkin in a food processor or blender and puree. If the pumpkin is a little dry, you may want to add a little of the liquid from the pie recipe. One small pie pumpkin may not yield two cups of puree so two pumpkins will probably be required to make a pie. Any excess can be frozen and used for soup or muffins.

Mix all the ingredients (except the egg white) together and whisk until smooth. Brush the inside of the pie shell with egg white. Pour pumpkin filling into the pie shell. Bake at 400 degrees F for 20 minutes and then lower the temperature to 350 degrees F and bake for another 30 minutes. Let cool but serve when it is still slightly warm.