Is This Really The Cause of Cancer? 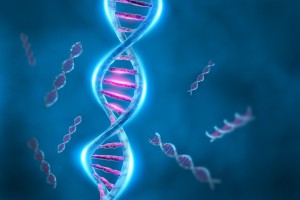 In a new study from John Hopkins Medicine Institute, researchers stated the cause of the majority of cancers can be attributed to “bad luck” … Really? Is this the best they can do? After all the billions of research dollars and “runs for the cure”, this is what we get for an answer? And is this really we want to  tell a fearful public? It is a message they will have received loud and clear, as this story has been all over the news.

Researchers looked at 31 types of cancer and found only nine had hereditary or environmental factors that could be considered a possible cause. Lung cancer and skin cancer have the obvious factors of smoking and sun exposure, respectively, as possible environmental causes. Some breast and ovarian cancers have been link to heredity.

The remaining 22 types of cancer were all linked to gene mutations. The more gene mutations that take place in the body, the greater the risk of developing cancer.  The how and why of these gene mutations is not understood, therefore researchers could not determine a cause other than to say “its bad luck.”

Dr. Otis Brawley, chief medical officer for the American Cancer Society said: “This is actually just confirmation of something that we have known for probably 20 years. As we have learned more and more about cancer … we’ve come to realize that a number of cancers start purely because of mutations that happen that are just unexplainable. Bad luck is, unfortunately, the right way to explain it.”

So why have they not been researching how these mutations occur for the last 20 years?

Three systems in the body are supposed to be able to deal with cell mutations. The first system is programmed cell death (known as apoptosis). It does not matter that they are mutated, if they are dead. The second system involves enzymes that aid cell repair. This is where the free radical theory fits. If cells, damaged by free radicals, can be repaired by antioxidants before the cells replicate, then mutations can be prevented, as the theory goes. The third system is the immune system itself which is able to eliminate rogue cells.

If humans were cars, we would not be told by the mechanic that it is just ‘bad luck” that our motors do not run. The mechanic can tell exactly what is wrong with the car and why. Of course, cars were invented by humans. Unfortunately, we did not invent ourselves (plastic surgery and hip replacement do not count). So who did invent us? Nature did and there is no “bad luck” in nature. Nothing is random. When the lion nails the gazelle, it is not because the poor fellow is just misfortunate. It is because it is the slowest of the pack. Nature always has a purpose and a reason.

So what is cancer’s purpose? It does not have one – therefore, it should not “happen”.  As a result, we should be able to figure out how to make it never happen. As far as I am concerned, it is just another disease that is the result of a body that does not function properly. I know that sounds simplistic. However, cell mutation is an example of a body not functioning properly, if even there was one. So shouldn’t the research be focused on how the body should function, which can lead to the understanding of how it malfunctions?

What can we do right now?  We know that a body functions best when it gets what is needs from nutrients in our food. We will never know the exact right foods for anyone. However, let’s just say eat whole foods and leave it that. So many whole foods have been researched for their benefit in helping to prevent cancer. Many help with apoptosis. They also contain antioxidants and support the immune system. In other words, they support all three systems that can help prevent cell mutation.  We need to be able digest and absorb the nutrients in whole foods in order to get the benefit. We also need to eliminate waste and toxins to help prevent damage to the body, which may help prevent cell mutations. We really need to get plenty of good quality sleep as this aids repair of the body and supports the immune system.

We all know we need to be active and exercise. We cannot say exactly how much is the right amount but this will help relieve stress, improve sleep, help us eliminate toxins and improve immune function as long as we not overdo it.  However, there is one aspect to health that is never considered and it involves the mind, feelings and attitude.

We all know people who smoke and drink and yet live to a ripe old age, with little illness. We also know people who eat and live “right” but get cancer and die. This may be why the researchers at John Hopkins came up with their “bad luck” theory for cancer. But did they ever consider the power of the mind and that maybe our bodies need us to be happy and have a zest for life in order for it to be healthy.  Maybe the old guy who smoke and drank lived a long life because he was happy and he grew up in an era where drinking and smokier was just what you did – and he truly believes it was no big deal (as opposed to using smoking and drinking  as a crutch or coping mechanism). If you think this is just hocus pocus stuff, think again. Attitudes and emotions can affect how our body functions, so much so, that scientist are now researching the placebo effect.

Whatever the case maybe, there are certainly plenty of areas for research to look at before scientists should conclude “bad luck” is the cause of cancer. This is not helpful as people need positive messages and less fear around this disease. Let’s hope they keeping looking but, in the meantime, we can apply some common sense and do what feels right for us.

So since we are talking about genes and health, here is an interesting study that should make us all take pause and think again about our crazy, stressed lives. It helps us understand that we can affect our bodies in positive ways with our actions.

A study at the Benson-Henry Institute for Mind/Body Medicine at Massachusetts General Hospital and Beth Israel Deaconess Medical Center involved 26 participants who had no experience with meditation or deep breathing. Blood samples were taken to measure gene expression when they were stressed and then again after they listen to a 20-minute meditation CD. The results showed that after meditating, their gene expression was the exact opposite of what it had been when they were stressed. The gene expression observed after meditation positively affected energy metabolism, insulin secretion and inflammation.

More importantly, the genes for the maintenance of telomeres were turned on. Telomeres are repetitive stretches of DNA found at the end of chromosomes, preventing cells from re-arranging or sticking together. Each time a cell divides, the telomeres shorten (if not maintained) and once gone, the cell can no longer divide and it dies. Maintaining telomeres is now considered a key factor in longevity and preventing disease. Other studies have found similar results from yoga, Tai Chi and Qi Gong, all practices that have been around for hundreds of years.

So does this mean we all have to start doing tai chi in the park or learn to sit in the lotus position. No, because this study shows what happens when we return ourselves to normal, to the people we are when we are not stressing ourselves physically and mentally.  It also means that we are adversely affecting ourselves by not being in a state of mellow or bliss.  So whatever we can do to lower our stress levels and live in a more relaxed manner should be the goal. And when we are stressed, we must each develop own techniques to de-stress. Namaste.