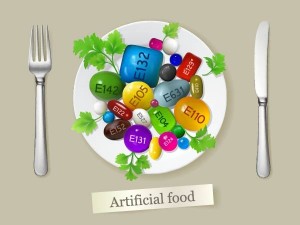 Recently, consumer activism added a notch in the win column when Subway announced it would remove the chemical azodicarbonamide from its bread, bowing to public pressure.

Now I am all for removing chemicals from our food but consumers need to understand that this is just the tip of the iceberg and the way the corporate world works, one chemical will just be replaced with another. There are about 3,000 chemicals approved as additives in our food and if we include other chemicals like pesticide residues and those found in food packaging, the number can jump to 12,000. And those are chemicals that are supposed to be there and does not include any that may be accidentally be added by poor manufacturing practices. And if we have to go one chemical in one product in one fast food joint at a time, it will take us far longer than any of us have.

Azodicarbonamide is used to help bleach flour and is also an “improving agent” – yes, that is the technical term. What does it improve? It “improves” the texture of the bread (according to who?)and it may speed up the fermentation time (which is not good for digestion). Starbucks, McDonald’s, Burger King and many other fast food places all use it. However, it is banned in Europe and Australia in any items coming in contact with food. Apparently there is a pesky issue of its use in the lids of baby food, with the chemical leaching into the food for the baby.

It is also commonly used in the manufacturing of plastic as a “blowing agent” – another technical term – for items such as yoga mats (nothing is sacred) shoe rubber and apparently, baby food lids. If I understand it right (and I probably don’t) a blowing agent lowers the density of the substance that is blown and it has something to do with foaming – whatever that is. It does not really matter. We are talking about a chemical involved in some heavy duty manufacturing processes. As a health issue, it is not advisable to inhale it. A 1981 study of 151 workers exposed to azodicarbonamide in a manufacturing plant, found 28 cases on late-onset asthma after exposure to the chemical. When the workers were removed from exposure, the issues with asthma ceased.

There have been no health issues with azodicarbonamide in animal studies except at high doses, according to the World Health Organization and therefore, it has been deemed safe for human consumption in small amounts. Does that mean we should be eating it? Of course not. However, to truly be a knowledgeable consumer, as I stated before – it is important to understand that this is just one chemical in one food product in one fast food joint. This is the price we pay for having our favorite brands of food taste the same no matter where and when we buy it. We have become guinea pigs for the food and health industry in the largest science experiment in history. And most consumers are oblivious.

I ate a half-sub from Subway last week. I did not want to but that was all that was offered for lunch and I was really hungry. It was not good by any standards – it was just something that went in my stomach allowing it to be quiet for a while. So I understand the attraction for food that is fast and easy. I am as busy as the next person and I understand why someone might want to choose something quick to eat. But unlike most people, with rare exception, I make all of my own food. If the fast food world had to depend on people like me, they would be out of business. So would the grocery stores that are dependent on all the sales from their packaged, prepared foods, and all the chemicals they contain, whether they are found on the shelves or in the freezer.  When I do go out for dinner or lunch, I prefer restaurants that still, for the most part, prepare all the foods on the premise with real ingredients. They are the more expensive restaurants so I do not do that often. And that is the point.

While I never want to discourage consumer activism, the easiest path to getting the chemicals out of our food supply is to stop giving our money and business to the commercial food industry that uses them. We just need get back to making our own food and supporting local food producers such as bakeries or butchers and farmers who are doing things the old-fashioned way. We can also encourage local restaurants (not chains) to do the same.

If you think that is impossible – we did it for hundreds of generations and we did it with less equipment and technology. Since we do have the technology like food processors and freezers, we can use these to help us get our fast food from real food that we prepare ourselves. All we have to do is plan our eating. We do not have to eat fancy meals that take a long time to prepare. We can keep it simple.

Now you may be making most of your own food, which is great. If this is the case, then do what you can to spread the word as your contribution to consumer activism and let’s start planting the seeds, into as many minds as we can, that it is time to go back into the kitchen. To help make cooking at home easier, read: