Chocolate: What You Have Been Waiting For! 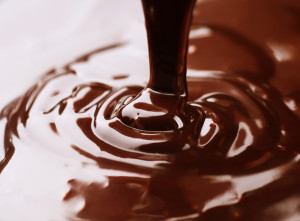 f you love chocolate and have you been waiting for someone to tell you that chocolate is good for your gut? Well, then today is your lucky day.

Chocolate is a significant prebiotic and feeds the good bacteria. There it is. The news you have been waiting for. The best possible news for those who want to improve their gut health and also want to continue to enjoy their love of chocolate.

It seems that bifidobacterium and lactobacillus bacteria in the gut love to gobble up chocolate as much as you do.  In return for the feast, the good bacteria turn the phytonutrients in chocolate into anti-inflammatories that help with heart health. It seems that the credit that chocolate has had for being good for the heart really belongs to the beneficial gut bacteria.

Without the gut bacteria playing this role, the phytonutrients in the chocolate known, as catechins and epicatechins are poorly absorbed. The fermentation process breaks them down into smaller metabolites that allow them to be absorbed and lower inflammation in the body. They also act as antioxidants. This is all based on new research presented at the 247th National Meeting & Exposition of the American Chemical Society (ACS),

What about craving chocolate? Is this a craving for magnesium like so many people have speculated? Apparently not. Your gut microbes can control what you eat. I bet you thought it was you but it is not. Both good and bad bacteria can manipulate the vagus nerve – the key connection between the brain and the gut, to make you think that you want to eat certain foods and that includes chocolate.

Different bacteria want to eat different foods and whatever bacteria have an advantage in numbers, determines what you crave. By having you eat more of a given food, they help keeps their numbers strong.  The gut bacteria can even manipulate you to feel anxious and depressed and signal you to eat a given food “to feel better”

I am not sure if this is good news – do we really want billions of bacteria making decisions for us? I guess it depends which bacteria it is. If it is the good guys, then I think we do want them making us eat foods to keep them happy and healthy. And if it is the bad bacteria, then not so much.

There is still a lot of research to be done, including how we are influenced to overeat and under eat by gut bacteria. In the meantime, the next time you crave chocolate, you do not have to feel guilty, knowing that it is your good bacteria talking to you to give them a good meal.